Piano sheet music：Rolling in the Deep 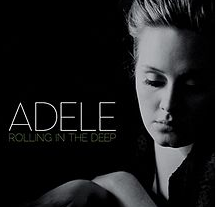 "Rolling in the Deep" is a song recorded by English singer Adele for her second studio album, 21. It is the lead single and opening track on the album. The song was written by Adele and Paul Epworth. The singer herself describes it as a "dark blues-y gospel disco tune".[1] The largest crossover hit in the United States from the past 25 years, "Rolling in the Deep" gained radio airplay from many different radio formats.[2] It was first released on 29 November 2010 as the lead single from 21 in digital download format. The lyrics describe the emotions of a scorned lover..