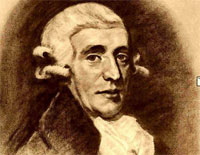 The Magic Flute (German: Die Zauberflöte, K. 620) is an opera in two acts by Wolfgang Amadeus Mozart to a German libretto by Emanuel Schikaneder. The work is in the form of a Singspiel, a popular form that included both singing and spoken dialogue. The work premiered in 1791 at Schikaneder's theater, the Freihaus-Theater auf der Wieden in Vienna. On 28 December 1791, three and a half weeks after Mozart's death, his widow Constanze offered to send a manuscript score of The Magic Flute to the electoral court in Bonn. Nikolaus Simrock published this text in the first full-score edition (Bonn, 1814), claiming that it was "in accordance with Mozart's own wishes" (Allgemeine musikalische Zeitung, 13 September 1815). "The Magic Flute" is well known by people and if you like it, you can also download free The Magic Flute sheet music to play with Everyone Piano. Just Enjoy It!