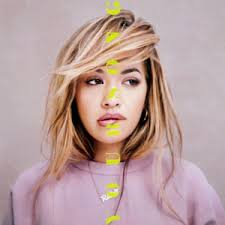 "Your Song" is a song by British singer Rita Ora. It was released by Atlantic Records on 26 May 2017 as the lead single from her upcoming second studio album.[2][3] The song peaked at number seven on the UK Singles Chart, becoming Ora's ninth single to reach the top 10 in the UK. It also reached the top 20 in more than 15 countries, including Belgium, Netherlands, Germany, Switzerland, Australia and New Zealand.